A deep venous thrombosis or DVT is a vascular disorder resulting from the formation of a blood clot (thrombus) inside a deep vein of the upper or lower extremities. Most frequently, a DVT will occur in the leg or thigh when a blood clot either partially or completely blocks the flow of blood in the vein. Patient symptoms can include pain, swelling, and discoloration. Left untreated, a deep vein thrombosis (DVT) can break off and travel in the circulation, getting trapped in the lung, where it blocks the oxygen supply, causing heart failure. This is known as a pulmonary embolism or PE, which can be fatal. When a DVT is suspected an immediate evaluation and diagnosis (typically with and ultrasound) needs to be established in order to initiate appropriate treatment. 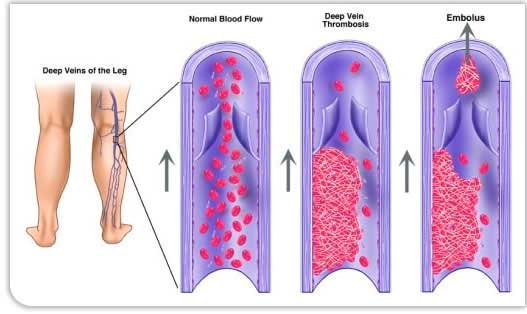 PTS is an under-recognized, but relatively common sequela, or aftereffect, of having DVT if treated with blood thinners (anticoagulation) alone, because the clot remains in the leg. Contrary to popular belief, anticoagulants do not actively dissolve the clot, they just prevent new clots from forming. The body will eventually dissolve a clot, but often the vein becomes damaged in the meantime. A significant proportion of these patients develop permanent irreversible damage in the affected leg veins and their valves, resulting in abnormal pooling of blood in the leg, chronic leg pain, fatigue, swelling, and, in extreme cases, severe skin ulcers. While this use to be considered an unusual, long-term sequela, it actually occurs frequently, in as many as 60-70 percent of people, and can develop within two months of developing DVT. There is increasing evidence that clot removal via interventional mechanical and catheter-directed thrombolysis in selected cases of DVT can improve quality of life and prevent the debilitating sequela of post-thrombotic syndrome. 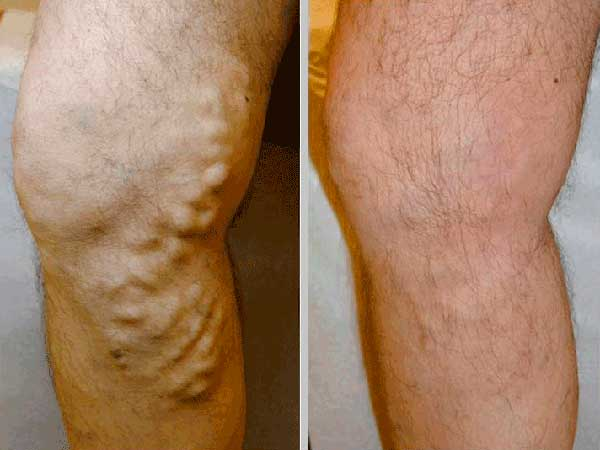